Below USD40 a barrel: What does it mean for Qatar?

With oil prices recently dipping below USD40 (QAR146) per barrel, and the future prices of the commodity highly speculative, the once-ambitious economic growth projections of Qatar and its fellow hydrocarbon-exporting Gulf neighbours have had to be sharply revised, writes The Edge’s global energy editor, Simon Watkins. 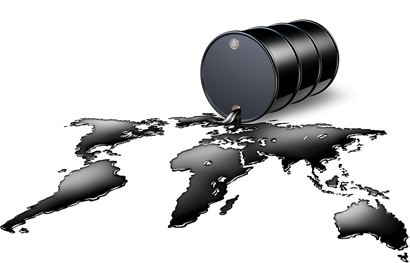 Indeed, the July 20 deal that saw the P5+1 group of nations agree to lift sanctions on Iran, which was then approved both by the European Union and United Nations, has signalled the potential return of a major oil and gas player into the region. This is added to other existing pressures on already depressed hydrocarbon prices, including the emergence of competition in the liquid natural gas (LNG) supply space from the likes of Australia and from fracking in the United States (US) and economic slowdowns in Asian clients such as China.

Thus, one indisputable fact is that in the broadest terms, the result is that the bottom line of the country’s budget is suffering. For the first quarter of this year as a whole, Qatar’s trade surplus fell by 50 percent from a year ago, weighed down by the lower value of energy exports, even to its core export destination of Asia, which over the past couple of years has accounted for around 75 percent of Qatar’s hydrocarbons export revenues. The latest published figures (June 2015) were almost as bad, showing that the value of the country’s total exports fell by 40.4 percent compared to the same time last year, with a 44.6 percent drop in hydrocarbons export revenues.

This is entirely in line with what had been predicted for the economies of the Middle East’s hydrocarbons superpowers once the global oil swing producer, Saudi Arabia, embarked on its strategy last year (ostensibly to stymie the nascent shale energy revolution threat coming out of North America by depressing the worldwide hydrocarbons pricing complex through sustained high production levels). “The potential scope for oil-driven local economic loss was evident simply by looking at the size of the local energy sector without regard for the destination of that production,” says Damien Courvalin, a New York-based commodities analyst for Goldman Sachs.

It looks as if more cost-cutting will be required in Qatar, and its neighbours, simply in order to contain fiscal deficits to the relatively modest government-predicted levels.

In this context, Qatar is among the most vulnerable states in the region, with petroleum and LNG still accounting for at least 70 percent of total government revenue, more than 60 percent of gross domestic product (GDP), and around 85 percent of export earnings. Given this, and the 60 percent decline in oil prices since Saudi began its anti-shale offensive, Goldman Sachs maintains that nominal GDP in these most hydrocarbon-centric economies could decline by more than 25 percent, which is greater than the damage experienced in the aftermath of the 2007 to 2008 global financial crisis.

Despite what may be construed from the reserves numbers published, Qatar does not in reality appear to be under any illusion as to how difficult the next few months and possibly years may be, especially when factoring in the multi-billion dollars of spending committed ahead of the 2022 World Cup. Indeed, according to the International Monetary Fund (IMF), even the Qataris’ own – thus, conservative – stated spending commitments are expected to tip the Gulf state’s fiscal balance into deficits of 2.2 percent of GDP this year, 3.4 percent next year, and 3.7 percent in 2017.

It is no surprise then that Qatar Petroleum (QP) chief executive officer, in Doha, Saad Sherida Al Kaabi, announced at the end of June that the state-owned hydrocarbons behemoth had embarked on a staff reduction programme and has decided to exit all non-core businesses. This comes after the move earlier this year by QP to begin the process of absorbing its wholly-owned subsidiary, Qatar Petroleum International (QPI, which was formed in 2007 as a foreign investment arm) into the parent firm. It also follows the scrapping of plans by QP and Royal Dutch Shell for the USD6.5 billion (QAR27.7 billion) Al Karaana petrochemicals project in Ras Laffan in January.

Against a backdrop that undermines the notion that the Saudis’ strategy to subvert US shale oil is working – the Organisation of Petroleum Exporting Countries (OPEC) saw its market share shrink to a 12-year low in 2014 (to 41.8 percent, down from 43.3 percent a year earlier), in large part due to still-evident increased competition from US shale oil – much of the other side of Qatar’s budget equation (increasing income streams) also looks less than positive. The chances of its oil sector seeing at least the maintenance of current revenues pledged by QP at the beginning of March looks easier said than done. Three oil fields - Al Shaheen, Dukhan, and Idd Al Shargi - still account for slightly more than 85 percent of Qatar’s crude oil production capacity, with only one new significant discovery having been made in the last 20 years: the Al Rayyan field, which still produces only 8000 barrels per day (bpd).

Qatar’s plans to offset any decline in hydrocarbons revenues by a concomitant increase in revenues from its gas sector also look optimistic. Quite aside from the fact that the final completion date for the flagship QP/ExxonMobil joint venture Barzan Gas Project (BGP) is a subject of considerable debate, there is the potential for disputes over the wider development of the 9700 square kilometre North Field basin that Qatar shares with Iran.

“While the trans-border issues between Qatar and Iran on this basin have yet to result in serious disagreement, as the fields are becoming more mature, Iran’s significant ambitions seem to be sowing the seeds of future disagreements,” Richard Mallinson, senior geo-political analyst for international energy consultancy, Energy Aspects, in London, tells The Edge. Moreover, as seen in the July issue of The Edge, news that India is in talks with Qatar to import at least 10 percent less LNG this year may be a portent of a broader trend among Qatar’s key export markets in Asia, as global gas prices continue to remain low.

Consequently, for the time being at least, it looks as if more cost cutting will be required in Qatar, and its neighbours, simply in order to contain fiscal deficits to the relatively modest government-predicted levels. According to a statement from the IMF at the beginning of this year, earnings from oil and gas for the Gulf Cooperation Council (GCC) countries are likely to drop by around USD300 billion (QAR1.1 billion) this year alone, due to the low hydrocarbons pricing environment, with Saudi Arabia likely to be top of the list of the most negatively affected of the member states.

Indeed, says Alp Eke, senior economist for the National Bank of Abu Dhabi, losses for Saudi Arabia in 2015 are likely to be around the USD160 billion (QAR582.5 billion) level, while the United Arab Emirates (UAE) will lose around USD55 billion (QAR200 billion). Oman and Bahrain, in the meantime, are expected to sustain fiscal deficits of about 13 percent and 13.5 percent, respectively, in the same period. Overall, according to the Institute of International Finance in Washington, the hydrocarbons price drop implies a shift in the GCC aggregated fiscal balance from a surplus of 11 percent in 2013 (amounting to USD401 billion or QAR1.4 trillion) to a net deficit of about two percent in 2015 (totalling USD69 billion or QAR251 billion).

One key strategy for keeping deficits under control going forward, says Shanta Devarajan, the chief Middle East and North Africa economist for the World Bank, is to reduce fuel subsidies. However, the practical political difficulties in doing this were highlighted at the beginning of January when Kuwait increased threefold wholesale diesel prices, only to reverse the decision just a couple of weeks later. “Once you start removing subsidies and move to direct transfers [of the saved money to net household income], you not only see more consumption of other goods, but also a lot of other advantages, such as less pollution, and less traffic,” he said. In this vein, UAE Energy Minister Suhail Mohammad Al Mazroui has announced a new oil regulation policy that aims to support the national economy, lower fuel consumption, protect the environment and preserve natural resources.

If subsidies are not removed, and income streams do not unexpectedly rise, then every USD10 (QAR36.4) per barrel drop in the oil price will continue to shave 3.4 percent and 4.2 percent of GDP off fiscal and current account balances, respectively, in the GCC economy as a whole, according to research from Bank of America Merrill Lynch, in New York.

This will leave no other course of action available but to cut back on capital expenditure elsewhere. “The emphasis in the recent 2015 Saudi budget statement on the funding of projects already suggests that new ventures could be delayed, adding to already tightening liquidity across the GCC,” states a report by Merrill Lynch. “With the increased fiscal pressure of a prolonged oil price slump, we would expect capital expenditures to bear the brunt of the adjustment, as per historical experience.”

Qatar has been at the top of the global hydrocarbons business for a long time and the country has strategies to counterbalance the overall decline in the oil price.

Qatar, of course, has been at the top of the global hydrocarbons business for a long time now, particularly in the natural gas sector and the country’s strategies to counterbalance the overall decline in the global hydrocarbons complex – principally targeting value-added products (notably, petrochemicals) and high-growth markets (particularly in Asia) – continues to produce results.

In the case of the former, to begin with, despite consolidation on various fronts, QP continues to focus on developing its target-rich strategy abroad. For example, the USD4.6 billion (QAR29 billion) Long Son Petrochemical Project in Vietnam’s Ba Ra-Vung Tau province – a joint venture between QPI, PetroVietnam, and the Thai-based Siam Cement Group – is set to commence operations in 2019, according to a recent statement by Thailand Ambassador to Vietnam, Piroon Laismit. The 400-hectare complex will produce at least 2.7 million tonnes of polyethylene and polypropylene per year, plus other chemicals involved in the petrochemical industry, according to the three companies involved.

Moreover, in the case of developing business with high-potential Asian markets, despite India’s aforementioned reluctance to take its full quota of Qatar gas, Mobin Saulat, head of Pakistan’s state-run Inter-State Gas Systems, in Karachi, said at the end of July that the country will sign a deal shortly to import gas (on ships) from Qatar for the next 15 years. With Pakistan historically facing gas shortages and having no significant supplies of its own, the flexible contract will allow Pakistan to import between 200 and 400 million standard cubic feet per day (mmcfd), according to Saulat.

The above examples combined with Qatar’s international investment savvy Qatar Investment Authority alone is said to have more than USD170 billion (QAR619 billion) in investments overseas) and growing contribution to GDP in the non-energy sectors of the economy mean that Qatar should be able to survive the current bear market in energy prices. Nevertheless, a return to the heady heights of USD100 (QAR365) a barrel of oil is unlikely in the medium term future at least. The conservative fiscal approach now being taken by Qatar - its new budget is set at USD45 (QAR164) per barrel instead of USD65 (QAR237) per barrel - and its contemporaries in the Gulf region seems, therefore, set to continue, if not increase. This brings a new level of financial discipline, which is not amiss in a region historically used to large budget surpluses… No matter how much oil and gas remains.

Qatar’s new port to change the dynamic of logistics sector